Helene Brindel thinks she has lost God, but it is simply love that she’s missing. She can’t find it at home, with the violent, deadly Mr. Brindel. But will she find it in Hamburg when she meets the enigmatic Eduard E. Gluck, with his ‘New Cybernetics’. And his paraphilia? And what happens when her father confessor starts to confess? A beautiful and terrifying examination of passion and pornography, of the aching need for completion and healing. 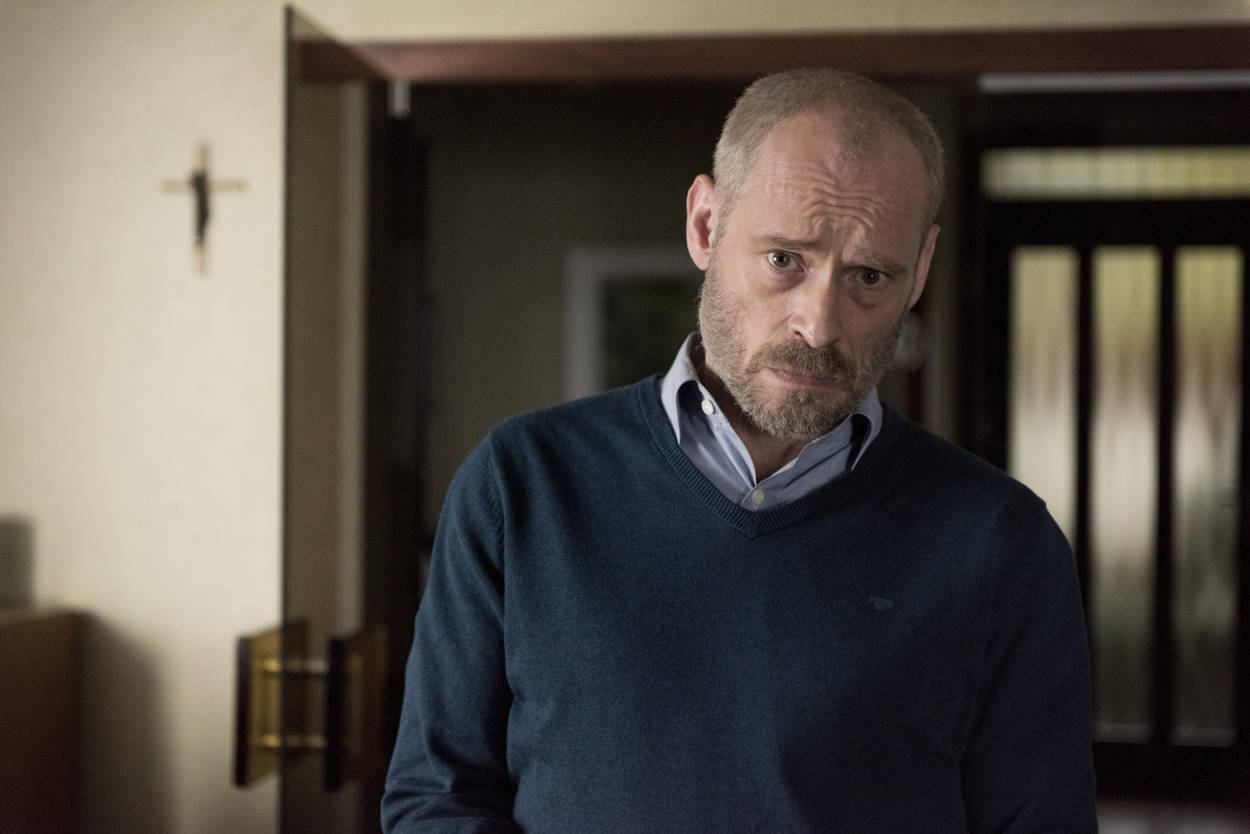 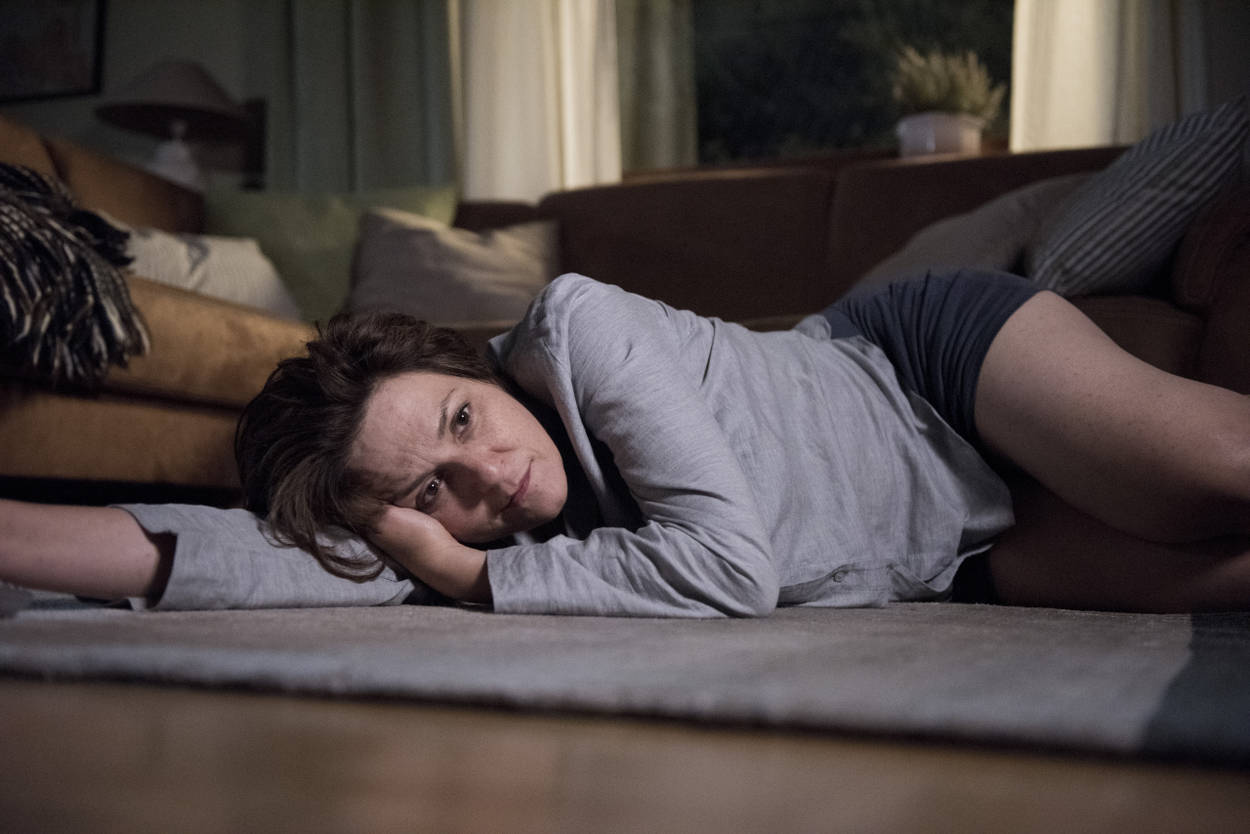 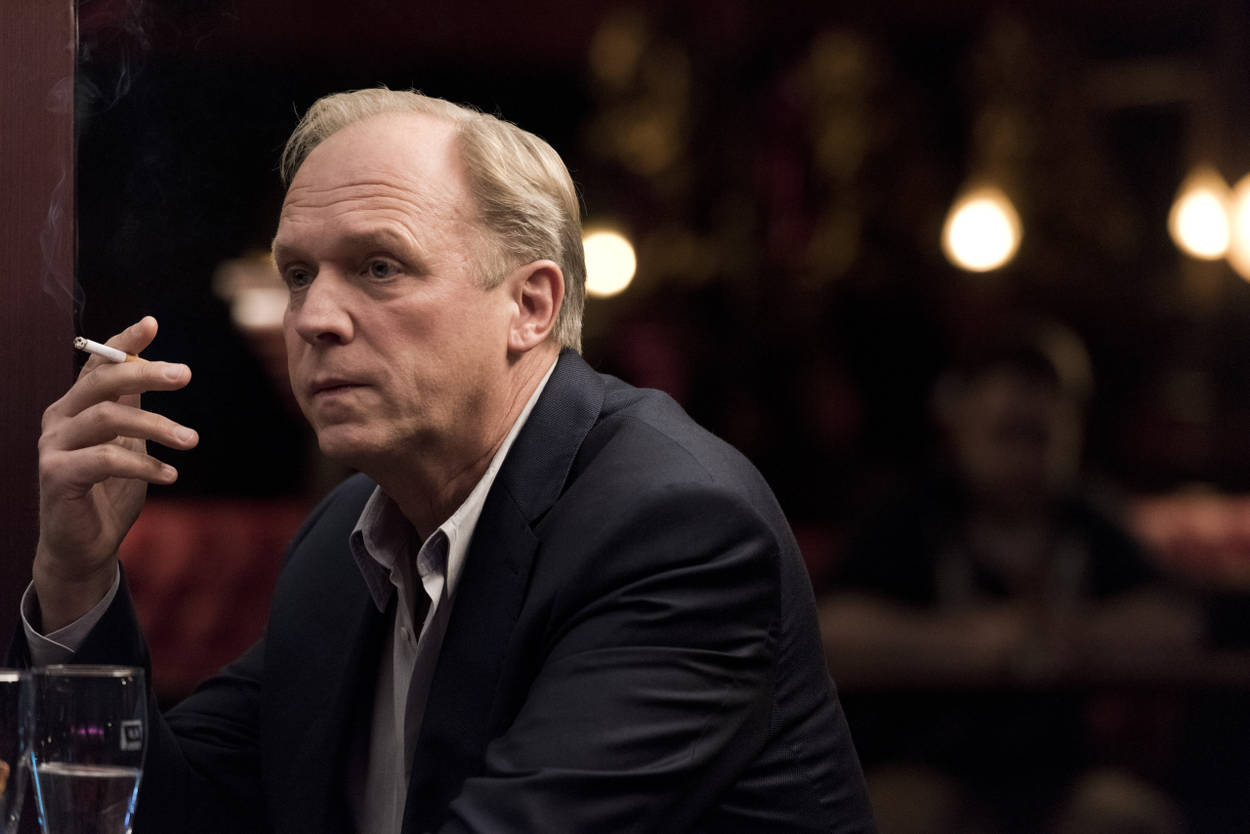 Martina Gedeck is remarkable as a woman whose spiritual crisis has perverse consequences in Sven Taddicken’s fresh, disquieting film.

An elegantly disquieting investigation into the interrelation of faith, violence and sexual degradation, held together by a rivetingly sure-footed performance by German star Martina Gedeck (“The Lives of Others”), recent Munich Film Festival premiere “Original Bliss” might be most impressive for how much it resembles its lead character: calm and orderly on the surface, but roiling with inchoate perversities underneath. There are times in director Sven Taddicken’s film when, were it not for the fixity of Gedeck’s stare, her absolute intensity of purpose, we might mistake the drama for a straightforward tale of a beaten wife’s escape from her abusive partner, and her reclamation of her sense of worth in the arms of another man. But “Original Bliss,” adapted from Scottish author A.L. Kennedy’s 1997 short story collection of the same title, is much more unsettling, and much more original, than that.

With subtle notes of discordance introduced into even the most seemingly banal of exchanges — often just by having Daniela Knapp’s steady and graceful camera hover on Gedeck’s face just a fraction longer than the scene’s ostensible drama requires — the film lures us into an understanding of the colossal desperation that her character, Helene Brindel, conceals beneath a conventional exterior. Opening with a woozy camera move that roots us to her as she turns over and sits up, sleepless, in her marital bed, it establishes insomnia as only the most obvious and recent symptom of her profound psychological and religious crisis.

At some point in the near past, Helene lost her faith: her personal relationship with God, whom for most of her life she “felt in all things.” Her husband (Johannes Krisch), whose breakfast and packed lunch she prepares during those dark insomniac hours before she passes out in front of the flickering TV, seems only moderately concerned for his wife, whose faith he had never understood and never approved of anyway. He is self-involved, perhaps a little pompous in his dealings with her, but feels peripheral to her apparently complacent housewife lifestyle. Until, that is, in the first of several shockingly visceral moments of domestic violence, he slams her hand in a drawer in response to a minor perceived infraction. More horrifying still is Helene’s mute, routine resignation while her bruised and bleeding knuckles are bandaged: this has happened before.

In an effort to sort out her insomnia, she lies to her husband and goes to Hamburg to meet popular psychologist Eduard Gluck (Ulrich Tukur). Gluck initially seems like he might be her white knight, but is revealed to have his own uncontrollable compulsions; they embark instead on a relationship that will either be the salvation or the ruin of them both.

A woman’s complicity in her own abuse is a potential narrative minefield recalling that of Paul Verhoeven’s recent Cannes sensation “Elle.” But Taddicken’s film is a different animal: arguably a more sincere attempt to understand the psychology behind such corkscrew logic, rather than mining it for its salacious potential. But it is no less arresting for being a quieter and less ironic take, while Helene’s religiosity adds another dimension of interest. Was her faith, like her marriage, only ever an offshoot of her masochism? Is her masochism Helene’s own original sin? What happens if we derive bliss from the same place that causes us intense pain?

This is an interpretation of the source material (adapted for screen by Taddicken, Stefanie Veith and Hendrik Hölzemann) that could easily trip over itself in the level of complexity it attempts. But Gedeck is truly outstanding at bringing Helene through the story’s convulsions in such a way she feels extraordinarily real, even as she continually surprises us. Tukur is a perfect foil as as the archetypal shrink-who-needs-a-shrink, giving Gluck an edge of puppyish likeability despite his repellent pathology.

Taddicken has said in interviews that his film, in addition to such previous works as “Emma’s Bliss” and “Getting My Brother Laid,” is not preoccupied with the question of whether one is loved, but whether one deserves to be. That said, “Original Bliss” goes far beyond conventional self-help wisdom. As much as there is an element of “learning to love yourself” to the story’s arc, the means by which both Helene and Eduard try to get there are deeply dubious, and the film’s own stance on them laudably inconclusive — though the very slight sense of mischief that creeps in at the end is a welcome note, establishing Taddicken’s compassion for his flawed-and-then-some characters.

This cool, intelligent reluctance to judge people behaving in such deviant and dangerous ways is what so elevates the film and what so unsettles the audience. Rather than being told who to support and who to condemn, we are left on a knife-edge of ambivalence over a different, knottier question: are those who find genuine sublimation in inherently self-destructive behavior to be pitied or — perish the thought — envied?

Loss of faith, domestic abuse, paraphilia and pornography: it doesn’t seem feasible to assign these themes to a romance, not least one that challenges the viewer to both believe a match between a painfully inhibited suburban housewife and an urbane psychologist and occasionally find it sweet.

The film is shot with an elegance which is at odds with the frequent bleakness of the story.

Adapted by a German team from the novella by Scottish writer A.L. Kennedy, Original Bliss will prove a surprise to viewers without prior knowledge of the complexity and cheeky persuasiveness of the source material. Grounded by a trio of top-notch performances and with Kennedy’s repute on both sides of the Atlantic, this original, nimble film could follow its competition airing in Karlovy Vary with some deserved theatrical play. Distributors who routinely offer berths for physically explicit art house fare, such as Gasper Noe’s Love, could open their doors to a film that keeps its clothes on but is far more emotionally provocative.

When we first meet Helene Brindel (Martina Gedeck) she is in the grip of such chronic insomnia that it has developed into a routine: while her husband (Johannes Krisch) sleeps, she
roams the house, listening to night-time radio, reading, squeezing his juice for breakfast and preparing his packed lunch, before falling asleep on the floor in front of the TV, where he finds her in the mornings and gives her a pat before departing.

Helene’s condition is a symptom of pronounced emptiness: the marriage is childless, without mutual understanding or possibly love; on top of that, she has lost her faith. Her husband, once disdainful of her religion, now holds her in contempt for losing it, and he has a violent way of showing his disapproval.

But Helene is searching for something. And when she hears the popular psychologist Eduard Gluck espousing his self-help notions on the radio, she’s hooked. She invents an alibi and travels to a conference in Hamburg to seek answers from the guru.

Taddicken has commented that his previous features Getting My Brother Laid and Emma’s Bliss deal in part with the question “do we deserve love?” So it’s not surprising that he was drawn to Kennedy’s story. At one point Gluck asks his listeners, “do we desire happiness, or do we desire the desire for happiness?”

Taddicken absorbs the film’s revelations into a mature, thought-provoking, often very funny reflection on what it means to need and feel love; moreover, just as this seems to have slipped into irreversible darkness, it becomes even more romantic.

This sleight of hand wouldn’t be possible without such nuanced performances. Gedeck can be a sultry actresses, yet for much of this film she drains her character almost totally of energy, lending Helene’s face a heartbreaking, yet also mysterious passivity. It could be alienating, were it not for the faintest flickers of life that make us want to know what’s going on behind the mask; one of the chief pleasures of the film is that we make that discovery at the same time as Helene herself.

Perhaps best known for Haneke’s The White Ribbon, Tukur shows a playful side here. Gluck’s intellect and humour – even when he’s at his most self-involved – allow both Helene and the audience to keep faith with his character. Even Krisch (Revanche), in the unsympathetic role of the wife-beating husband, allows a certain helplessness to shade a more recognisable monster.

The film is shot with an elegance which is at odds with the frequent bleakness of the story, yet another device to keep us on our toes in a film that mines a rich vein of strangeness and grown-up romance.